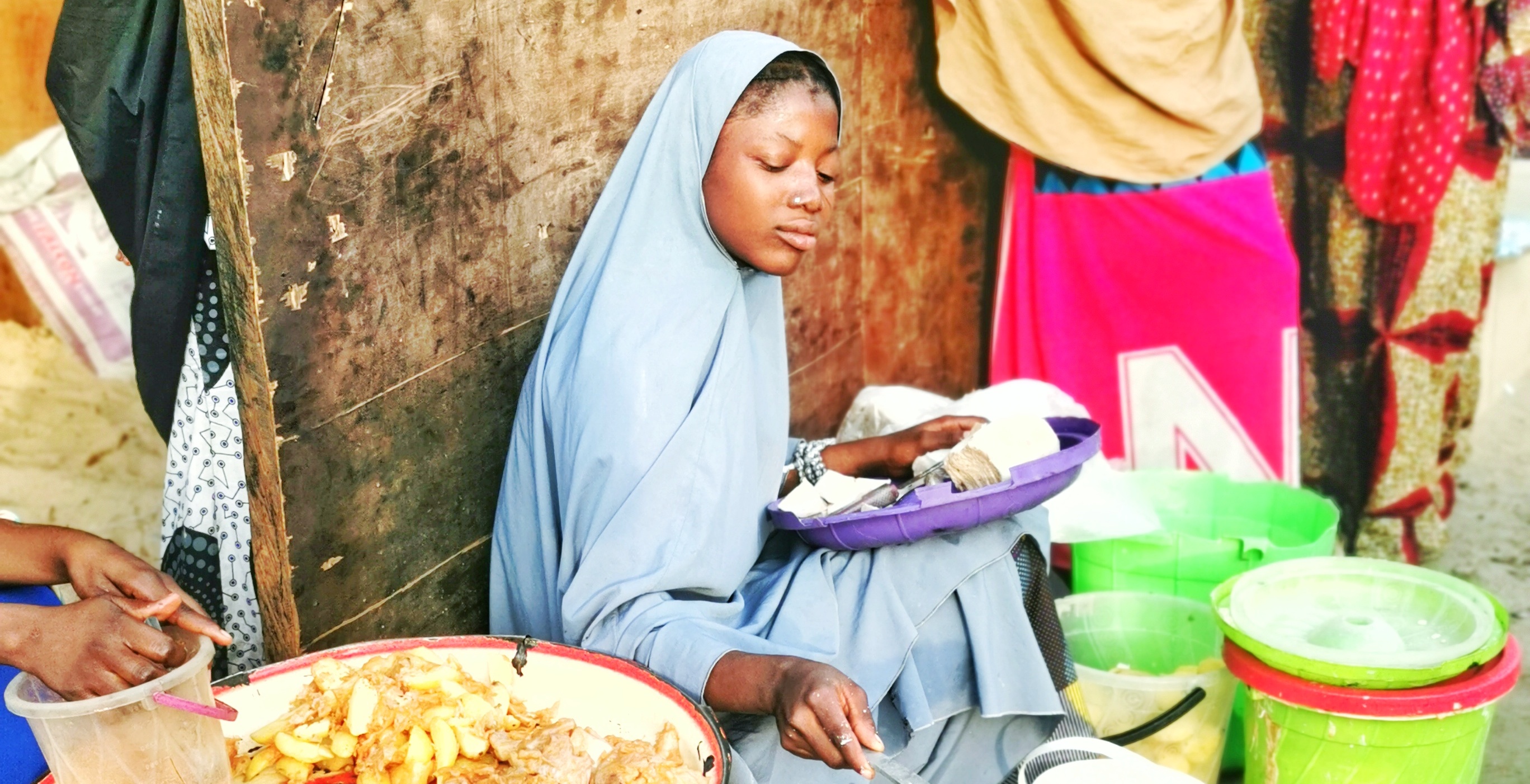 This piece was written by an education activist from Nigeria.

One day girls in Borno, Nigeria were free to attend public school, the next they were turned away.

Borno Governor Babagana Zulum issued a new directive in April 2021 that mandates all students must pay N,1000 into a government-monitored account before they can resume classes. Under the previous administration, school fees were not mandatory.  The government implemented this directive in the wake of an economic crisis and insurgency that displaced millions of people. But the effects have been disastrous. The new policy is placing additional financial burden on families with already limited resources and preventing students across the state from going to school until they submit their payment. Experts predict an increase in dropout rates for girls across the state as a result of this mandate.

Education in Nigeria is supposed to be free. Yet, it is common for schools to collect additional money (or “ hidden fees”) from students to make up for the government’s inadequate spending on education. The recent report Hiding in Plain Sight: The impact of hidden fees on universal basic education in Borno and Kaduna state found that almost half of these hidden fees go toward the Parent Teacher Associations, groups that are supposed to supplement where schools lack but are often unable to function due to corruption. The second most common fee is for examinations, which students pay once a session.  Most other fees are miscellaneous and pay for furniture, sports or security. Many schools also require families to provide non-discretionary items like uniforms, stationary and books.

In Borno, poverty is one of the main barriers keeping students from learning — disproportionately impacting girls and young women. When families can’t afford to pay hidden fees, girls are the first to be removed from school, often forced to secure low-paying jobs, get married or take on more household responsibilities.

As a teacher and education activist, I work with young women every day and know how eager they are to learn. I worked with a 14-year-old girl named Umaimah who dreamt of becoming a doctor and giving back to her community.  After school she would joyfully spread the news of her achievements to friends, families or anyone in the neighborhood willing to listen. But after her father passed away last year, her mother struggled to afford food for their family of eight and keep up with the many compulsory school fees throughout the year. Umaimah was forced to leave school and help her mother sell bean cakes by the roadside. No child should have to choose between eating and going to school.

By underinvesting in education and making students like Umaimah pay to learn, Nigeria’s government is sabotaging its own future. Evidence shows that education equality can prevent conflict, improve public health and help us mitigate the impacts of climate change. Furthermore, if all girls completed secondary school, it could lead to $30 trillion in global economic growth. Yet last year, the Nigerian government spent only 6.7% of its budget on education. The international benchmark for spending on education is 20%. Insufficient funding makes it harder for schools to provide quality education and forces them to charge hidden fees.

Local activists are working tirelessly to keep students enrolled in school. They are distributing free learning materials to students, creating community coalition groups to advocate for policy changes and educating community leaders and parents about the consequences of hidden fees.

We need Borno’s leaders to care just as much. We need them to reverse the directive and abolish all hidden fees so that all students can learn.