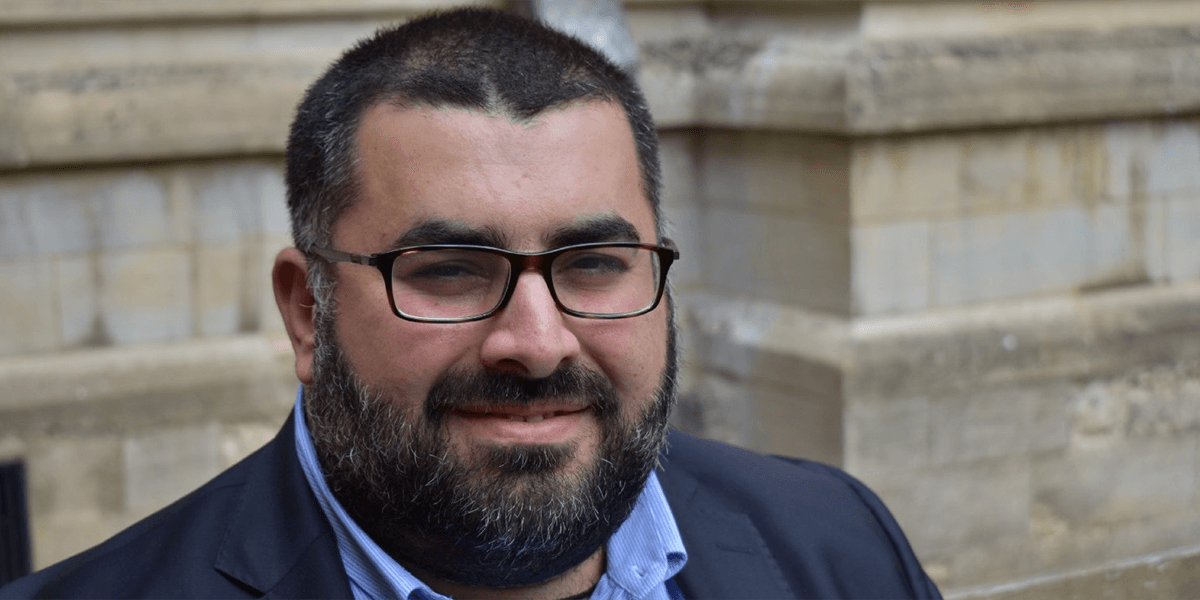 Hannah Orenstein is associate director of communications and creative at Malala Fund. She oversees Malala Fund's digital platforms, creating campaigns and content to inform and engage supporters with the organisation's work.

Listen to our interview with Fadi to learn more about his background and work.

MALALA FUND: Syria’s crisis is one of the world’s most acute humanitarian emergencies. Due to the war and conflict, many families were forced to flee Syria to protect the lives of their children but today many families fear for their children’s futures due to the lack of access to quality education. Refugee children are five times more likely to be out of school than non-refugee children.

Distance to school, language barriers, physical and verbal violence, and overcrowding in schools are just a few challenges refugee children face in accessing quality education. These barriers are especially severe for girls who face additional obstacles such as early marriage.

ADITI DESAI (MALALA FUND STAFF MEMBER): And as in any other group life is always more marginalized for girls at least in some some income groups and in refugee contexts. So I think there’s a higher tendency to drop out at adolescence and early marriage becomes exacerbated in these situations just as a coping mechanism and financial resources are few and then there’s a lot of very few economic opportunities then marriage becomes the solution.

MALALA FUND: Malala Fund and its Education Champions, such as Fadi Halliso, strive to prevent a lost generation and ensure Syrian refugee children, especially girls, have the opportunity to go to school and have the confidence and skills to make their dreams a reality.

FADI HALLISO: Most of these kids are living in very difficult situation either under tents in some areas where we are working in very tied and dark rooms so getting out of these places to meet their friends and practice activities is something they really appreciate and they look forward to.

FADI HALLISO: My name is Fadi Haliso. I am originally from Aleppo Wasiki in Syria where I studied civil engineering.

MALALA FUND: Fadi along with a group of volunteers and a couple of friends decided to respond to the Syrian refugee crisis in Lebanon and Turkey. This group evolved into Basmeh and Zeitooneh. The meaning of the organization has special significance.

FADI HALLISO: The name is in Arabic. Which means in English a smile and an olive it comes from an arabic proverb that says we live on a piece of bread and an olive to say we live an austere life.

Basmeh & Zeitooneh is a local organization that emerged from the Syrians and Lebanese youth in Lebanon to respond to the refugee crisis in a very local way in a way that understands and corresponds to the local context and the local traditions what we do is to focus on the most deprived areas.

FADI HALLISO: By establishing those community centers we are keeping a permanent presence among the refugees and telling them that we we are here for them in their service and showing solidarity this helped us gain the trust of the population we are serving all the years build bridges and invite them to some more sophisticated programs

MALALA FUND: As you can see Fadi shares Malala Fund’s belief that local communities best understand their own needs. This similar spirit is seen in Fadi’s approach to education. Fadi believes that education should support the growth and empowerment of the whole person, especially with refugee children who have undergone immense psycho-social trauma.

FADI HALLISO: Not just any sort of education-an education that responds to the different needs of the student that takes into consideration that they are not coming from a natural context or even a natural disaster they are coming from a war. They suffered the trauma they are living in very horrible situation where most of the time they lack the basics for survival and on top of all of that that they have to struggle to find for themselves the space for education

Fadi has already started noticing the impact of Basmeh and Zeitooneh’s work.

FADI HALLISO: You could see when they first joined the program that their drawings were mostly about war they were drawing soldiers, tanks, check points, rifles but now with time their drawings are becoming normal again that of normal kids they are drawing their homes, the nature, the life they wish they lead to wish in the future they are expressing their ambitions for the future what they want to become what they dream of so yes there are some very tangible changes for students who are enrolled in this program.

MALALA FUND: Fadi’s work illustrates that there is no single way to respond. Arts, culture and drama are all integral elements to education. Fadi described Basmeh and Zeitooneh’s choir of 30 boys and girls and his reaction seeing their singing performances over time.

FADI HALLISO: Last year they performed in front of the UNESCO palace in Beirut with other groups also many of the girls were performing having solo performance they have been trained and with time you see how with time they are more confident in facing the audience of expressing their feelings and putting something of themselves with the songs they are performing.

MALALA FUND: You can hear how Fadi’s excitement and inspiration in seeing the gradual impact Basmeh and Zeitooneh has on Syrian refugee children, especially girls. He describes how heartwarming his work is in that it brings hope back to young girls and allows them to discover new passions.

FADI HALLISO: Many of them have very ambitious dreams and sometimes they are coming up with surprising ideas like becoming photojournalists and to go all around the world and take photographs of the world they couldn’t see so far but of course many of them are thinking of going back a lot of them want to become teachers themselves to reach kids who could not get education because many of the girls and boys have been without any chance to receive education for two or three years and once they enroll in school they are very happy and want to do the same for other students.

FADI HALLISO: Even if the war stops right now we still have a few difficult years to rebuild the system again and put everything on the right track we do hope we keep getting the support from our friends and allies around the world.

MALALA FUND: Access to quality education for Syrian refugees is essential for the future of Syria. No one better than the Syrians can understand what is happening. In hearing Fadi’s story we can see a generation that is preparing to rebuild their country and looking forward to the future. As Fadi said, “We cannot afford to have generations without education…we do not have the luxury to fall into despair.”

FADI HALLISO: I think no one can surrender.

To learn more about the Education Champion Network as well as other champions supported by Malala Fund, go to malala.org/gulmakai-network

How Pamela Okoroigwe, a lawyer for LEDAP, works to ensure Nigeria’s laws protect education for girls