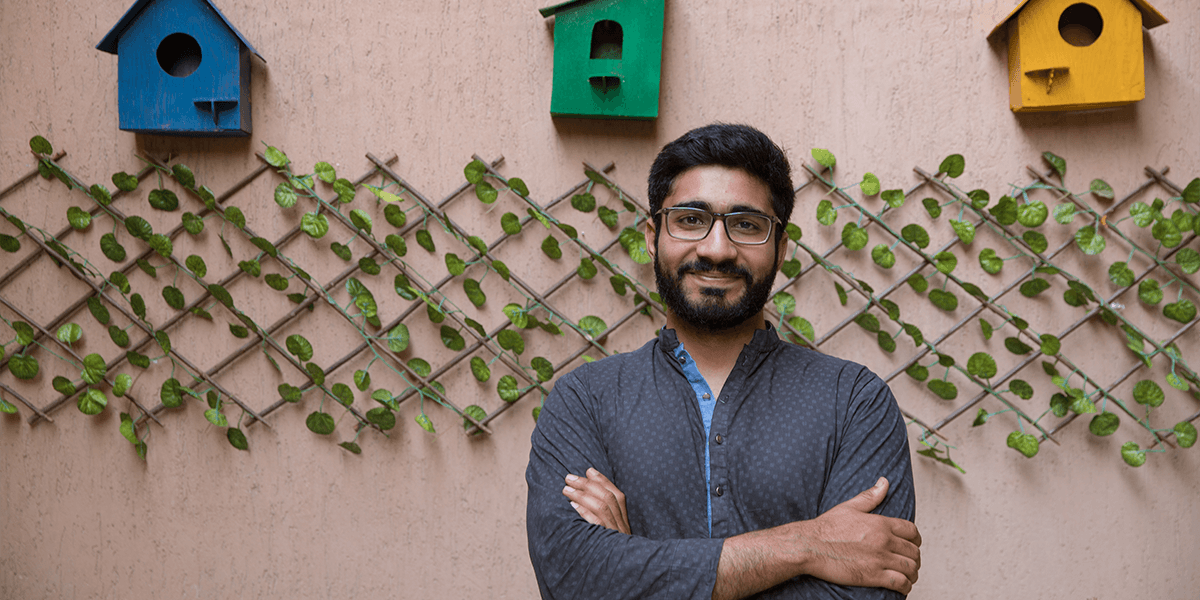 Hannah Orenstein is associate director of communications and creative at Malala Fund. She oversees Malala Fund's digital platforms, creating campaigns and content to inform and engage supporters with the organisation's work.

Haroon Yasin is a teacher and educational entrepreneur in Pakistan. But it took dropping out of college for for him to discover his passion for education.

As a child, Haroon never understood the importance of education. He continued to attend school to please his family. But, after just two months of engineering classes at university, he left a goodbye note for his roomate, packed up his bags and headed home.

When he returned to Pakistan, his family was so disappointed that they didn’t speak to him for months. This gave Haroon time to reflect on his life. During this period, Haroon happened to go to a slum village near his house where he met children who had experienced abuse.

He felt compelled to help them. He rented out a small building nearby and turned it into a daycare center to help keep local children off the streets. But on days Haroon couldn’t show up, the children had nowhere safe to go. Knowing the children needed more support, he turned the daycare center into a school.

“Even though I never wanted it, I ended up becoming a teacher,” Haroon remarks. After he opened the school, Haroon returned to Georgetown University to appease his family. He left early this time too, but only so he could graduate in three years and return to teaching.

While at school he realised that he needed to find a different approach to educating students if he truly wanted to make an impact in his country. Pakistan is currently home to the second highest number of out-of-school children in the world — and most are girls. An economist friend told him, “If you want to build schools, it will take you 746 and a half years to reach every child.”

With an increasing use of mobile phones, Haroon realised that technology presented a unique opportunity to impact many more children—and the idea to create an app called Taleemabad was born.

Taleemabad means “the city of education”; in ancient Urdu it also can mean “long live education.” Haroon’s organisation, Orenda, digitises Pakistan’s national curriculum so that students from rural areas who are unable to attend formal schools can still learn. The app features cartoons with friendly characters who go on adventures and solve problems, all while engaging students in essential lessons.

Orenda hopes Taleemabad will reach one million children by the end of 2019. With his Malala Fund grant, Haroon is able to expand the curriculum to include secondary school targeted specifically at reaching girls. In the newly produced cartoons, the show’s main protagonist, Pinky, is a little older and faces different challenges that girls her age would also likely encounter, for example economic troubles.

Since becoming an Education Champion, Haroon has had the opportunity to showcase his product on the global stage, speaking at the World Bank Youth Summit in December 2018 and delivering a TEDxYouth talk in Qatar. In June, he was honoured with The Queen’s Young Leaders Award.

Working with Malala Fund, Haroon says, “has helped our cause of imparting quality education through our mobile application. The partnership has attracted more customers toward the organisation’s other offerings.”

How Pamela Okoroigwe, a lawyer for LEDAP, works to ensure Nigeria’s laws protect education for girls