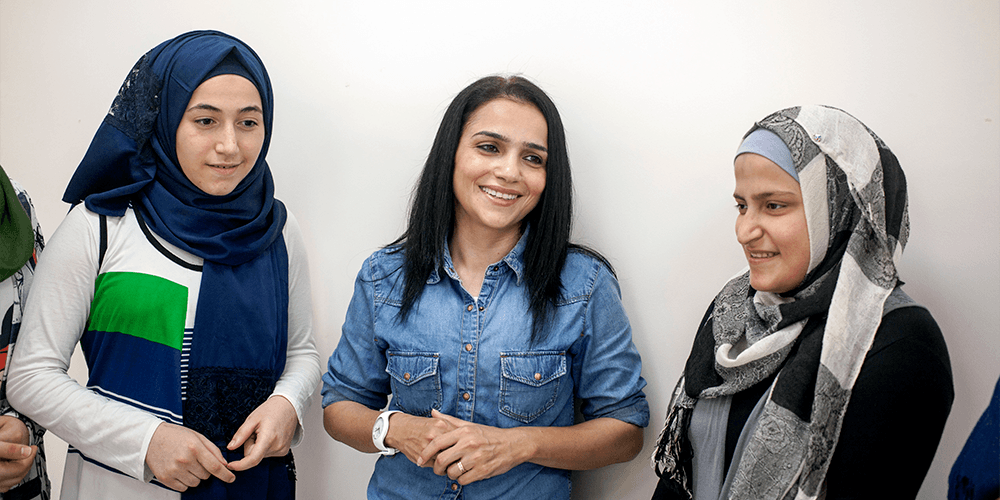 Malala Fund’s Education Champion Hiba Hamzi spends most days in Lebanon working to eliminate local barriers to girls’ education. Yesterday at the 12 Years to Break Barriers and Leave No Girl Behind: Countdown to 2030 event at the United Nations, Hiba had the chance speak directly to heads of state and tell them to increase funding for refugee education.

“The Syrian refugee girls I work with — Nariman, Iman, Rania — face barrier after barrier to their education and still they are fighting,” explained Hiba. “They are fighting to go to school because they know it is their only hope for a better future.”

In Lebanon, 41% of young displaced Syrian women are married before they turn 18. With her organisation, Naba’a - Developmental Action Without Borders, Hiba aims to keep more girls in school by hosting workshops to teach girls how advocate for themselves, educating parents and religious leaders about discriminatory cultural beliefs and the risks of child marriage, and working to raise the legal minimum marriage age to 18.

Hiba’s work in Lebanon is changing the conversation and local attitudes. But much more work is needed to ensure all refugee girls can access the education they need to pursue their ambitions.

Attending the event was President Macron, Prime Minister Trudeau and Prime Minister May — three of the G7 Leaders who agreed to a new declaration on girls’ education when they met in Charlevoix, Canada in June this year.

In her remarks Hiba thanked all G7 leaders for commiting $2.9 billion to girls’ education, but said that it’s just a start. “It will cost 4.3 billion dollars a year to ensure all refugee children receive an education,” she explained.

Malala Fund will continue to track commitments, hold leaders accountable and work alongside our Education Champions for a world where all girls are free to learn and lead.