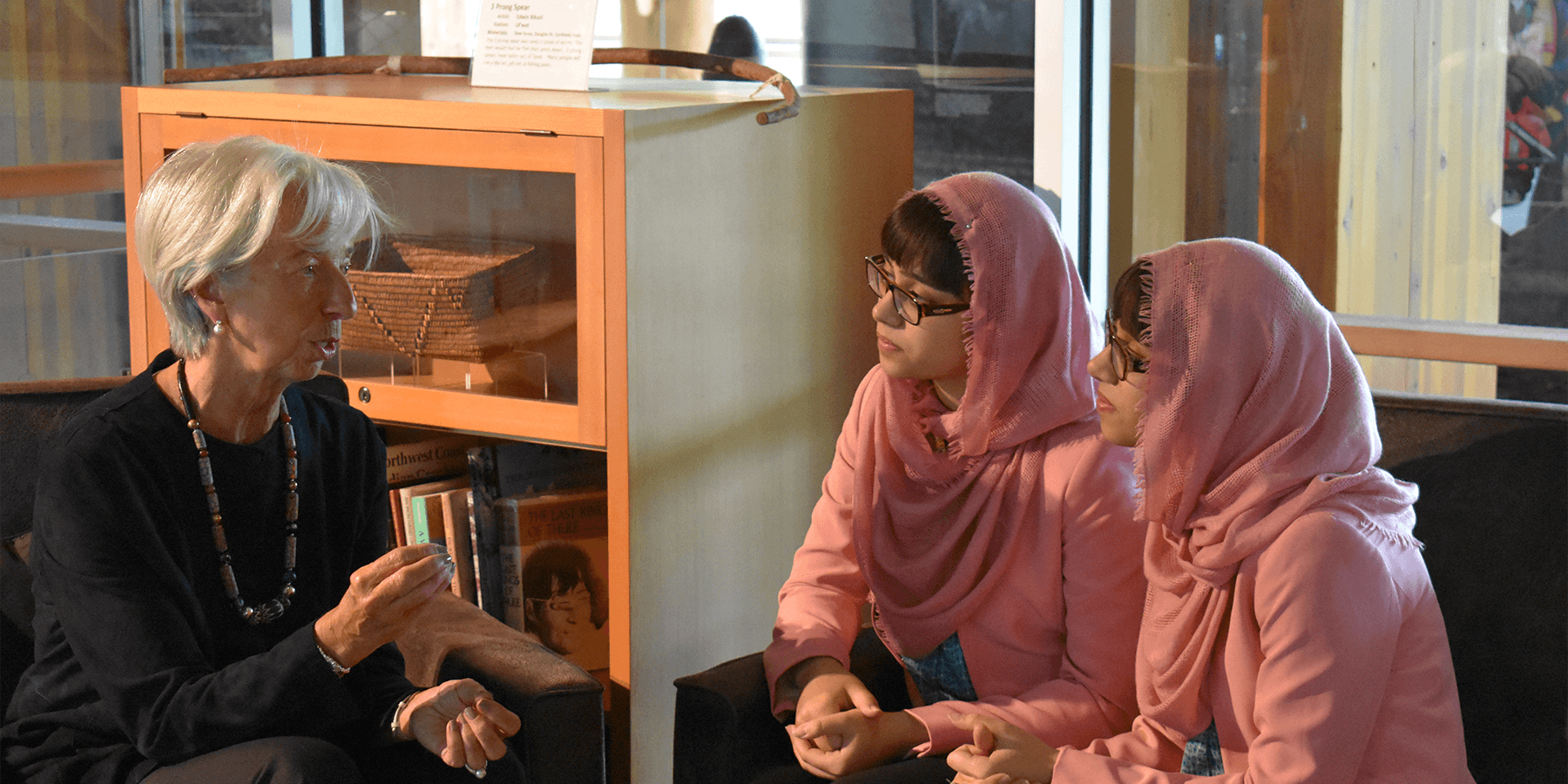 Born in Pakistan and raised in Canada from the age of 5, Maryam and Nivaal never faced personal struggles in their own education. They thrive at school — getting top marks, producing and stage managing the spring musical “The Wizard of Oz,” and heading multiple student clubs.

Maryam and Nivaal have the freedom to pursue anything they want. But they know more than 130 million girls around the world who are out of school are unable to do the same. So the twins advocate for girls’ education every chance they get.

Current spending on education is less than half of what is needed to see every child in school. To begin closing the gap, Malala Fund wants G7 leaders — presidents and prime ministers from the seven wealthiest nations — to pledge a combined $1.3 billion in foreign aid to educating girls for a full 12 years when they meet next week in Canada.

During the meetings Maryam and Nivaal had the opportunity to interview three influential leaders — Christine Lagarde, Managing Director of the International Monetary Fund, Bill Morneau, Canada’s Finance Minister, and Kristalina Georgieva, the CEO of the World Bank. Knowing this was one of the last opportunities to influence leaders before the G7 meets next week, the twins asked tough questions about each country’s plans to ensure spending on girls’ education increases and remains a priority on the global agenda for years to come.

Watch all of their interviews and look out for reports from Maryam and Nivaal on Malala Fund’s social channels.