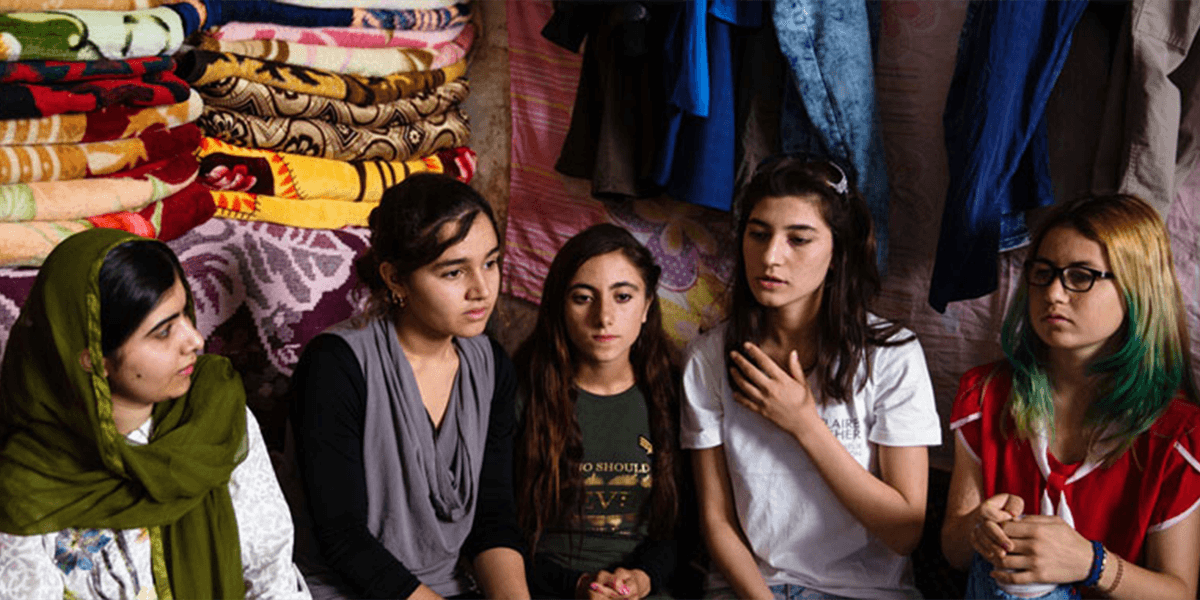 More than 68.5 million people are currently living as refugees or internally displaced people — the majority are children and most are girls. In Malala Yousafzai’s new book, "We Are Displaced: My Journey and Stories from Refugee Girls Around the World", she introduces the girls behind the numbers.

"What tends to get lost in the current refugee crisis is the humanity behind the statistics," says Malala. "We hear about millions of refugees, hundreds of migrants trapped on a boat or in a truck, but it’s only when a truly shocking image appears in the news that people consider what’s really going on.”

Forced to flee their homes because of conflict, persecution or natural disaster, refugees experience on average of 20 years of insecurity. That often means no home, no education and no country to call their own.

The book opens with Malala’s own story of displacement. As a child, her family fled Taliban rule and lived as displaced people in other parts of Pakistan. After relocating to Birmingham following her attack, Malala was unable to return to her home country for six years.

“We Are Displaced” introduces girls from Colombia, Syria, the Democratic Republic of Congo and around the world — many of whom Malala has met through her campaign for girls’ education. They share their stories of struggle, triumph and hope.

The book hits shelves on January 8, 2019 and is currently available for pre-order in Australia, New Zealand, U.K. and U.S. The proceeds from sales of the book will go toward Malala Fund’s work supporting girls’ education in conflict.