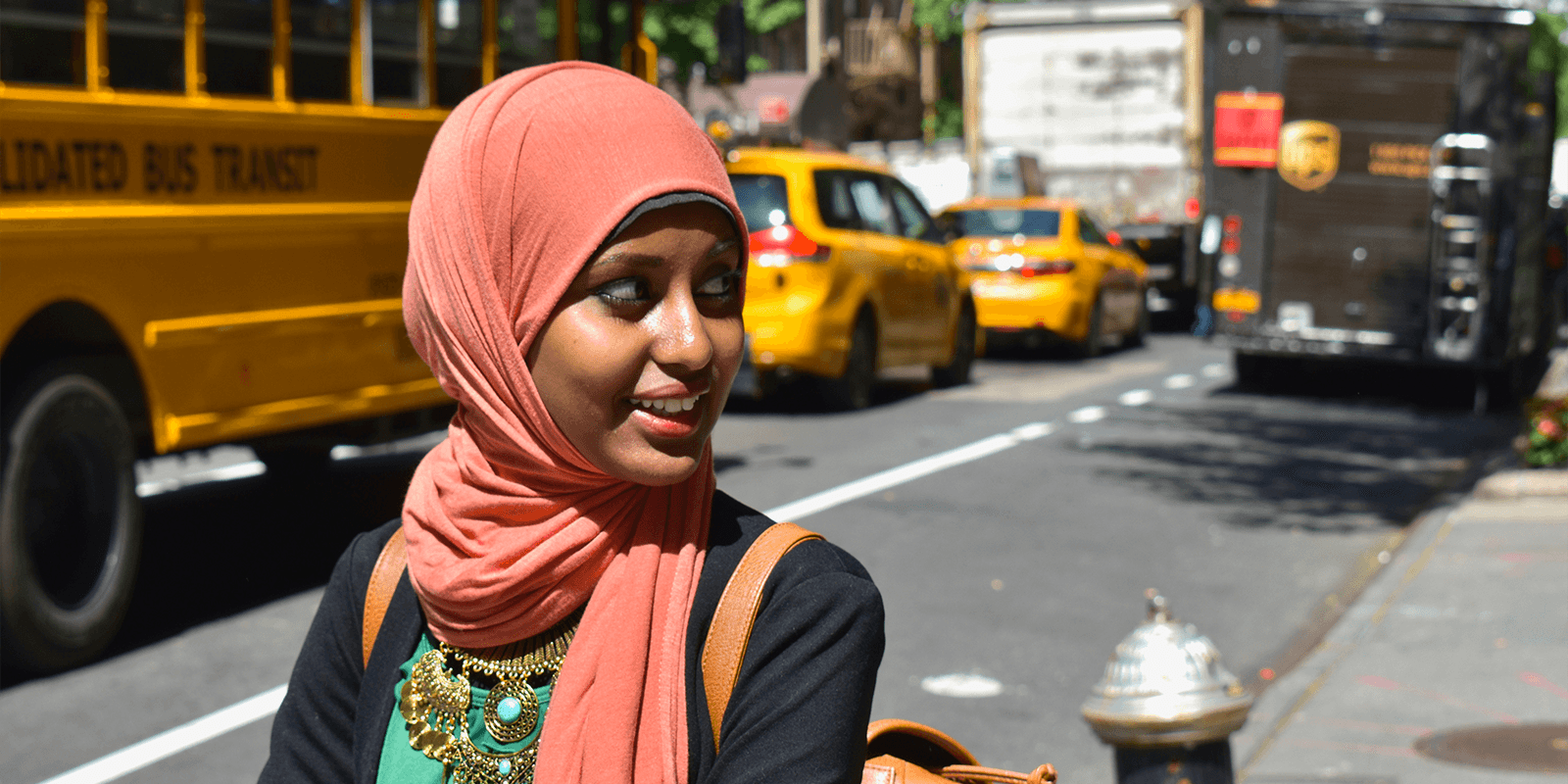 Zaynab Abdi wears many hats — honours student, soccer captain, resident assistant, Student Senate Chair. But there’s one title she didn’t ask for: refugee. By age 17, Zaynab was a refugee of three countries. Today, Zaynab joined Malala Fund at UNICEF where she shared her story during a meeting of UN members to discuss education in conflict. A transcript of Zaynab’s remarks is below.

My life in Yemen before the revolution was wonderful. I lived with my sister and our grandmother in a simple neighborhood. We were happy there. The whole community was close. I loved that every afternoon, people would come to our house to talk and watch movies.

But in 2011, everything changed. The revolution began and violence spread around the country. We heard stories of innocent people being killed — children shot coming home from school. Suddenly my education — and my future — were under attack.

I remember one day in class, I overheard two teachers talking about a bomb threat. The bomb threat was at our school. I thought, “This is it. We are all going to die!” The police were able to deactivate the bomb before it blew up, but I will never forget sitting in my classroom, wondering if my life was about to end.

At that point, many children began staying home out of fear. Two of my friends’ parents forced them to leave school at the ages of 14 and 15 so that they could marry rich men and help support the rest of the family. They call it early marriage. I call it an early death.

But it wasn’t easy going to school in the middle of the conflict. There was no electricity at night so I had to do my homework in the moonlight. Schools kept being bombed. Many schools had to close, including mine. My sister and I were forced to stay at home for a year.

When I fled Yemen and arrived in Egypt, I witnessed more violence. I felt like conflict followed me everywhere I went. Then I came to the United States as a refugee. Although I didn’t know a lot of English, I enrolled in high school two days later. I didn’t want to waste any more time — my education had been put on hold for too long.

Today, over 130 million out-of-school girls also have their education on hold. Many of them are living in areas of conflict. In fact, one in four of the world’s children live in crisis-affected countries. That is why I am here. No girl should fear for her life while going to school. No girl should be forced out of school to be married. No girl should have her future taken away.

Leaders need to take steps to ensure that every girl can safely complete 12 years of education. Leaders need to commit to the Safe Schools Declaration to protect students from violence. I know how it feels to be afraid in your school — and I don’t want any other girl to know that feeling.

Because I completed 12 years of education, my future is my own. I am in college studying international relations so that I can go to law school and serve my people in Yemen as a human rights lawyer. Every girl deserves this opportunity to choose her future.

Malala Fund believes girls like Zaynab should speak for themselves and tell leaders what resources they need to learn and achieve their potential.