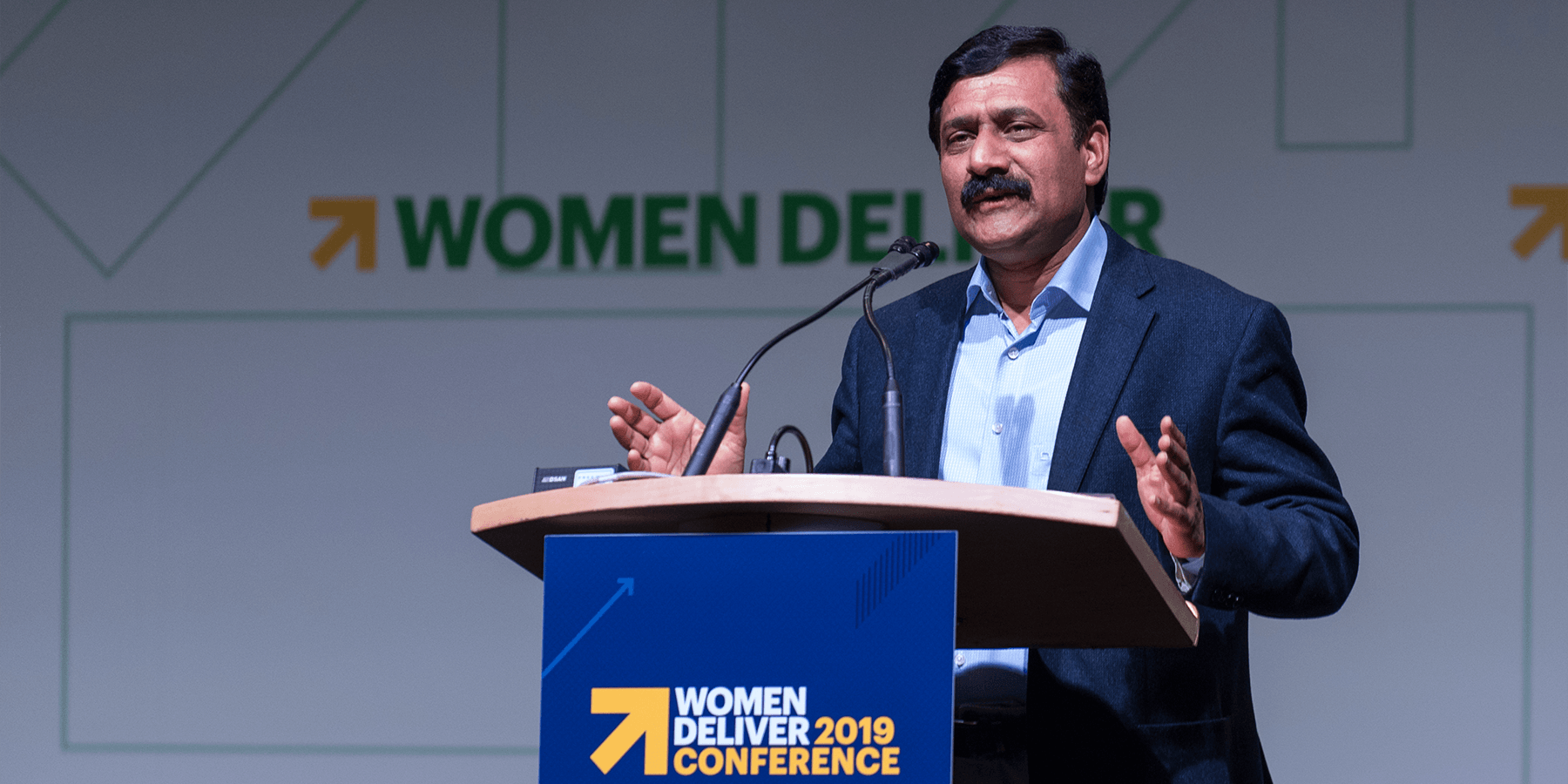 Ziauddin Yousafzai is an activist, educator and the father of Nobel Laureate Malala Yousafzai. As co-founder of Malala Fund, he advocates for every girl’s right to 12 years of free, safe, quality education.

It is just an honour to be in this conference and a real pleasure to be speaking after this amazing panel, which I just watched on screen. For me it is always a pleasure and moment of pride to be known as Malala's father.

A daughter's father. Once she was my daughter and now I am her father. This beautiful reference of introduction stands out as quite an accomplishment.

When I look back and think of my own childhood — I grew up in the northwest of Pakistan in a small village with five sisters and a brother — mine was a typical patriarchal family.

I noticed that I had milk cream in the morning tea while my sisters did not. I could see that the sumptuous parts of the chicken were eaten by men and the bony ones were left for the girls.  I had better clothes and more pairs of shoes while my sisters had none. And the worst discrimination that crippled the future of my sisters was deprivation of education.

Like society, even the government, was kind of patriarchal.  There were many schools for the boys, but hardly any schools for the girls. My parents had tall, big dreams for me, but for my five sisters, their only dream was to get them married as early as possible.

Some of my sisters were much smarter than me. They could have become teachers, nurses, doctors, social entrepreneurs. But their lives were decided at the moment they came into this world. While I was pursuing my dreams in a school, they stayed home. They could not become themselves. They could not dream beyond becoming wives and mothers. And I realised that too many women die as if they had never been born.

You might be thinking, what changed me to be a different person? And my one word answer is: education. Education changed me. It made my inner being fair, just and beautiful. I became very conscious of inequalities and injustices against women and girls.

I was so angry seeing my first cousin bound in a forced marriage. And she could not come out of it because of the social taboos. I was so disturbed seeing young girls at the age of 14 and 15 being married. And I always get shocked hearing about the horrible stories of honour killings.

I dared to challenge the inhumane traditions and discriminatory social taboos and social norms that harm women and girls. I started from my own family. The first person I believed in was my wife.

Men in patriarchal societies are considered weak and timid if they consult their wives on business and political issues. But for me, my wife was a treasure of wisdom.  Whenever I found myself in trouble, the first person I would go to was my brilliant and beautiful wife, Toor Pekai.

One thing that really struck me was the absence of women’s identity in my culture. I never saw my mother’s name on a doctor’s prescription. When I took her to the doctor, she was “mother of Ziauddin.” If my father accompanied her she became “wife of Rohul Amin.” I wanted to change this invisibility.

That was the reason that when Malala was born I named her after the well-known Afghan legendary heroine, Malalai of Maiwand. And that was the reason that a few weeks after when my cousin brought me our family tree, and it was a long list of men traced back to 400 years, I looked at the tree and picked up my pen and drew a line from my name and wrote the name of Malala.

So I can say, that I was a feminist long before I had heard the word feminism.

I and Toor Pekai, we both grew up in typical patriarchal families, but together we were able to create and build an egalitarian family. We changed the family norms and we both are so proud of our two sons, who strongly believe in gender equality.

To see the same change in the community, I started a school and I became a teacher because I believe that quality education, let me stress upon the word quality, is the most powerful equaliser — a magic wand.

I could imagine that my five sisters would have an entirely different life if they have had an opportunity to receive education. So I was determined to educate my own daughter and hundreds of girls in my community. It was a joyful journey for many years as a school teacher to see girls in the classrooms and the computer labs, science labs, playing sports and speaking in debating clubs. But unfortunately, this happiness of peace and education did not last for long.

We had hardly completed 12 years of our school when the Taliban came and started Talibanisation. They brought death and destruction to the beautiful paradise-like valley of Swat.  They destroyed more than 400 schools and imposed a complete ban on girls’ education.

This was the moment that I had to stand up for girls' right to education.

This was the time that Malala had to speak up and defend her right to education.

She wrote a blog for the BBC to tell the story of education in the Swat Valley. She volunteered herself and appeared in The New York Times documentary to tell her story. She spoke to every platform she could.

This one girl with a voice was more powerful than the guns and bombs of Taliban. And let me tell you one thing, a very important thing: that when your rights are violated you should be the first person to speak up. Because your voice is the most powerful. That is why the Taliban thought Malala's voice was a threat to their ideology. They came after her and wanted to silence her forever. It was a miracle that she survived. And the girl who was speaking for 50,000 girls in the Swat Valley when girls' education was banned, now that girl is speaking for 130 million girls who are not in school.

We have an organisation, Malala Fund that is working for a world where every girl can learn and lead. It champions every girl’s right to 12 years of free, safe and quality education.

Because we all know that when girls go to school for 12 years they get jobs and they can earn twice as much as those with no education.

If we educate all girls for 12 years, we add $30 trillion to the world’s economy.

Girls’ education is the most rewarding phenomena that contributes to peace, health, equality, democracy and climate change. I hope you all will join Malala’s fight for girls' education.

But before closing my remarks, let me tell you one thing: that it is not always patriarchy or religious extremism that marginalises women and girls.

Women in this room, you know that gender discrimination has many layers. It is structural, institutional and, in some countries, even constitutional.

You know how sexism, misogyny and male chauvinism affects our communities.

The big question is for us — the men. We need to defeat the patriarchal thinking in our minds. We should dare to speak up when women are not given equal opportunities. We should dare to stand up when our female colleagues are not equally paid for doing the same job and the same work we do.

We must demand women’s representation in conflict resolutions and peace negotiations, like currently for durable peace in Afghanistan.

And lastly, we need to have feminist families, feminist companies and most importantly, feminist governments to make gender equality a reality. I can tell you one thing for sure, that this will bring happiness to our lives and prosperity to our communities and our countries.

As once Malala has so beautifully said, “We cannot succeed when half of us are held back.”

Let’s not clip or weaken the wings of women and girls, let’s flourish and fly together.

Thank you so much.